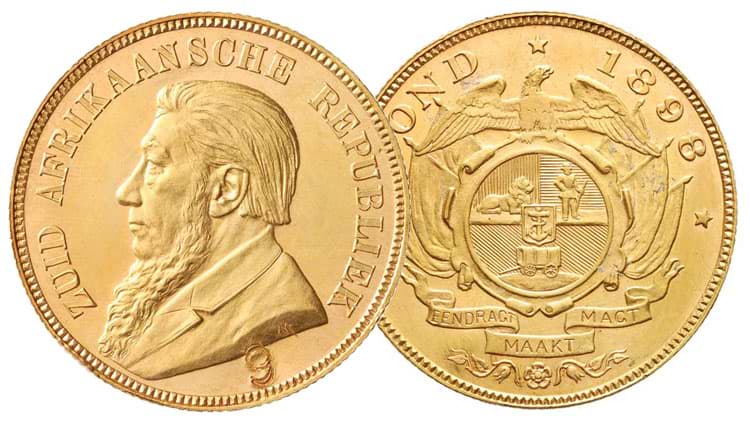 The Single 9. The Holy Grail of rare South African coins, widely known as the “King of South African coins” is one of the world’s Top 5 most expensive and most rare coins. This coin is literally one of a kind, there is only one in existence and it is internationally sought after by coin collectors.

The 1898 Single Pound coin is now estimated to be worth around R15 million. In 2001 the coin was sold for R9,8million. In 2010 it was said to be sold for an unprecedented, multi-million rand figure equivalent to US$4 million.

You may wonder why only one of these coins was ever made and what makes this coin so valuable? You might also want to know the history of the Single 9 and what its place in the history of South Africa is? Read on to find out…

What is the history of the Single 9 coin?

The Single 9 Pond coin was minted in 1899 during the Anglo-Boer war when South Africa was at war with the British. The Boer rulers of South Africa thought that the best way for them to validate and legitimize their country, and for it to be recognized internationally as its own sovereign republic was for them to mint their own currency.

The Boers sourced dies to mint their own currency from a German mint. The dies never reached their destination as the British intercepted the shipment on its way from Germany and captured it.

This did not stop the Boers. The government decided to use coins minted with 1898 dies and punch the number 9 on the obverse, or heads, of the coins.

After they minted one coin, they realised that the number 9 they had punched on to the coin was too big and that it was infringing on the image of President Paul Kruger. This coin was not thrown away though, instead it was still used and officially handed over to the General of the United States Consul, C. E. Macrum.

This handover validated the Zuid-Afrikaansche Republiek (ZAR) as a now independent nation that has its own legal currency.

Why is the Single 9 the only one of its kind?

As the number 9 that was punched onto the first coin minted to establish South Africa as its own nation, was deemed to be too large and noticeably infringed on the image of President Paul Kruger, no more were made the same. All coins thereafter were punched with two smaller number 9s. This made the Single 9 Pond completely unlike anything else.

“King of South African Coins,” the unique and historic 1898 Single 9 Pond, sells for a record multi-million rand price and is certified by NGC

What grading has the 1989 Single 9 Pond coin achieved?

The coin graded MS 63 PL by NGC. The grade of MS 63 identifies this coin as a choice uncirculated example. It has been graded PL, for proof-like, which is assigned to coins that possess  special attributes usually seen on presentation coinage.

“We are very proud to certify such an important and historic coin. Seldom does a coin play so significant a role in cultural history, and for many years this coin has been considered the most coveted of all coins struck on the African continent,” commented Ken Krah, NGC vice president, who heads NGC’s World coin grading department.”

The top, obverse, of the Single 9 depicts the side profile of President Paul Kruger and has the lettering around the edging “Zuid Afrikaansche Republiek”

On the morning of November 2nd 1899 a single number 9 was punched onto the bottom of the coin slightly overlapping the president’s bust. This earned the coin the “Single 9” reference.

Specifications of the 1898 Single 9 Pond

The “King of South African coins” is a remarkable part of the foundation of South Africa. A coin valued into the mult-millions, it has become famous and is highly sought after. Learning about coins such as the 1898 Single 9 enriches us in knowledge of the history of our country.